Ad Split Testing – Are we having fun yet?

Ad split testing is the process of analyzing how ad variations perform statistically on an absolute and relative basis. Some managers take a strict approach, ensuring that an ad exists for every combination of line variants in each ad group. While such an approach may be appropriate for some ad groups (for some types of accounts), it sometimes result in some pretty ridiculous combinations of ad text. This entry discusses the different methods by which a PPC manager analyzes ad creative content

Such a simplistic approach most often yields results which say more about the strength of a handful of keywords than the relative strength of the ad creative Don’t get us wrong, reviewing an ad report is infinitely better than doing no ad analysis whatsoever. For some smal accounts with a handful of ad groups, this method may provide a sufficient basis for improving ad content over time, which is the primary purpose of the exercise.

A more robust approach is to analyze ads with identical text in specific ad lines. This is the approach typically applied by those with strict combinations of ad line variants. It typically involves creating several unique variants for element of an ad (heading, line 1, line 2, display URL) and replicating ads comprised of every combination of the elements. We call this “Mechanical Ad Split Testing.” As long as it is applied across campaigns and ad groups, Mechanical Ad Split Testing can be significantly better than Ad Hoc Ad Analysis. We most typically apply this approach for eCommerce sites which may have thousands of ads with predictable variants.

For many accounts, the most interesting and robust method of doing ad split testing is to apply a technique which we call Custom Ad Split Testing. This method involves analyzing ads by differentiating attributes. As a framework for applying this approach, it is important to identify within the ad creative those elements we call “differentiating attributes” from those we call “keyword attributes.” As implied by the definition, we do this by identifying those elements of ads which differentiate the product or service being advertised.

The advantages of applying Custom Ad Split Testing techniques is that it allows us to measure the relative performance of specific adjectives, adverbs, and other unique qualifiers. The results can often represent a catalyst for developing new ad ideas. Even more importantly, Custom Ad Split Testing yields results which can be applied broadly to a wide range of marketing applications. For example, if we determine that the word, “Brilliant,” performs better overall than the word, “Bright,” by a significant factor, then the website, company brochures, print ads, TV ads, as well as the Marketing Manager’s bonus, could potentially be improved by applying such findings.

We perform ad split testing continuously, and include the results in our monthly reports If your PPC Manager isn’t doing so consistently, then let’s discuss what can be done to change that. Call Troy today at 303 975 2810. 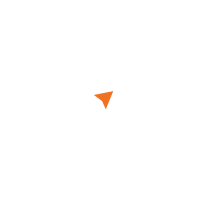