Denver PPC Management likes to classify position targets (whether they are used as guidelines or in connection with Adwords’ Position Targeting feature) as follows:

Ad positions are important, because within our framework of maintaining accounts in compliance with bid limits, the positions represent our mechanism for skewing spending towards those elements of the account which have the highest Return on Ad Spending.

“The fold” refers to the hypothetical bottom most place on your screen you can view when you arrive at a webpage without scrolling. It’s hypothetical because it differs according to your browser, computer, and toolbar settings.

Ad position may also depend on the competitiveness of an ad space.

We never bid for position one or two, unless the client begs us to do so. The Advertisers vying for these positions are deteriorating the ad space for everyone. If we can convince the primary competitors within an ad space of the potential value of cooperating, then we can begin to claw back some of the advertising inflation which has occurred in many ad spaces throughout the past few years.

Sound optimistic? Sure, but the point is, why would we wish to be one of the idiots contributing to the deterioration of returns for PPC ad spending?

This is a dominant position warranted for those aspects of your account which are best performing, as measured by Return on Ad Spending. If you’re starved for traffic, then you can get more clicks above the fold than at lower positions. To deserve positions above the fold, your website should be among the best of those in your ad space. Also, Above the Fold positions are more likely associated with premium price / quality web offers.

This is a middle of the road position range which works well for an Advertiser holding his own in an ad space. If you meet the qualifications for Above the Fold Advertisers, but your ad budget is constrained, or your price / quality is more middle of the road than Premium, then you might get the most bang for your PPC advertising buck and still attract sufficient traffic by positioning your ads at the fold.

We purposefully position ads below the fold for those elements of an account which aren’t performing well. This position also works best for an Advertiser with bargain priced web offers, a relatively low ad budget (low impression share), and a not-quite-so-nice website. For such an advertiser, we can wring the most out of their ad dollars by trickling traffic at the cheapest possible CPC to long-tail keywords. This position is also used as a last resort for those Advertisers hanging onto the bottom rung in their ad space (Economic Condition is borderline “Unable to Compete in Ad Space”).

However, more typically, Lost in Space ad positions result accidentally, under conditions of historical increases in competition coupled with poor maintenance. In fact, we have in the past taken over accounts where average positions for some keywords has been measured in triple digits. Who hits next 11x to find an ad? I’m not sure we need that visitor, whoever he is.

For more information about targeting ad positions, contact Hanna at 303 975 2810. 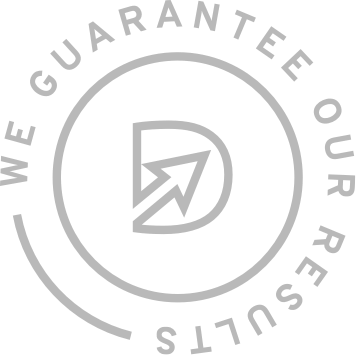